Here is some progress to achieve the Untethered jailbreak ioS 5. @Bigboss has released a cydia tweak app called â€œSemiTetherâ€ Jailbreak for iOS 5 which can avoid the problems arising due to reboot ofÂ  a tethered jalbroken iPhone, iPad, iPod touch when you are away from your computer and get stuck at Apple logo. ThisÂ semi-tethered tweak will allow you to reboot on the road away from your computer, but with limited functionality. We view this Cydia tweak as a milestone for Untethered JB.

You can do following on your jailbroken device after using a semitethered cydia tweak.

How To Jailbreak iOS 5 Semi-Tethered 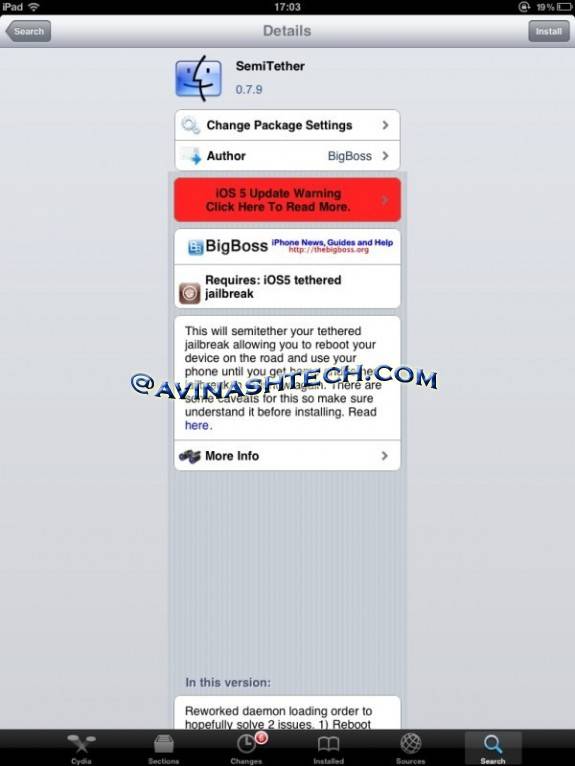 Keep in mind that you will still need to boot using “Redsnow”Â  just boot tethered option when you reach home to achieve the full functionality of your iPhone, iPad, iPod touch. Also, iPad 2 is not covered by it or even tethered JB. 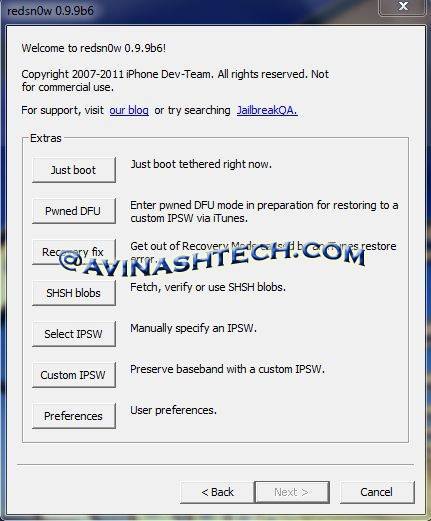 This semitethered boot may not work as perfectly as the tethered just boot option. Also it will take much longer to boot your Â iPhone, iPad, iPod touch. Hopefully with all these progess being made, we may get the untethered jailbreak soon. Fingers crossed.