Most of us have been waiting for Firefox version 4 and hopefully it will be out sooner than we expect. Today it seems the nightly build of Firefox 4.0 beta 1 is out. Its available in Mozilla ftp servers. I downloaded it, installed it and writing this post from within the new build of Firefox. As expected, I can see some major changes in GUI along with whatever loads of bug fixes and improvements that have been done in the background. 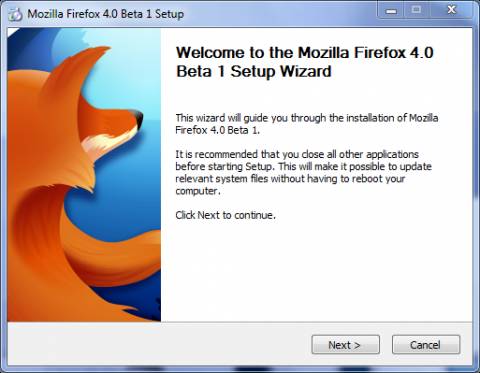 Mozilla is still to release a official build out public as the webpage that comes after install showing “whats new” is still giving a 404 error. Apart from that, the menu is compressed to a single tab at the left hand side of Firefox. Also, the Tabs are arranged just like Google Chrome. Also the Bookmarks folder or toolbar is shrinked to a button at the right hand side. If you still like you can enable the bookmarks toolbar just like the previous versions.

Apart from this, the addons, themes and plugins are arranged in better way. The interface is better looking if you just want to go by looks. IT also shows more information about these plugins, addons like ratings, incompatibilities and other details. Have a look below. 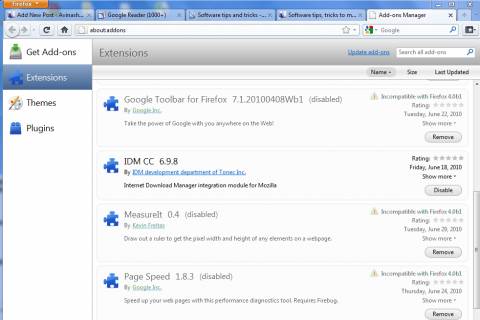 For the time being, hopefully these screenshots are good enough to tempt you to try Firefox 4 beta. If you tempted then you can download it from mozilla FTP servers.