HomeMicrosoft
By Avinash on October 23, 2009 Microsoft

As expected and scheduled, Microsoft Windows 7 is released with much fanfare almost all across the globe. Its nothing new though. Its associated with every major Windows release. With so much of market hype over Windows 7, many of you including me are tempted to upgrade to Windows 7. So will you upgrade or stick to your old Windows XP (Like me) or Windows vista. Lets talk about few good reasons that why you should not upgrade to Windows 7. 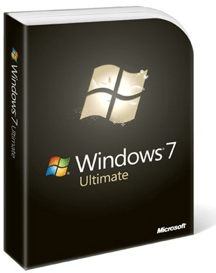 Until you are planning to buy a new computer, laptop or desktop the money involved for buying a Windows 7 home premium version is too much for many of you including me. Its $199.99 for full version and $ 119.99 for upgrade. Unless you are too excited to spend your money, you can save it for something else.

For many of you who are on old hardware, upgrading can be pain. The reason being drivers ofÂ  your old hardware may not be compatible with windows 7. This happened to me with my Webcam driver. Windows 7 was unable to detect it and i couldnot find a suitable driver over the web for it for Windows 7. For many applications that you run day to day, their may be compatibilty problems with windows 7 with some features of the application not working on Windows 7 though the application may look like running OK.

4. TOO MANY UNWANTED FEATURES

Many of you like to work with simplicity without much complications or too many unused features. Let me ask you, how many of you have used Windows Movie maker or even outlook express on your home system? At least i never used it at home. Even at work too, i haven’t used both. I know its not true for everyone but i am talking about a significant percentage of people. For Indian people, i can tell you this percentage is much more than you could imagine. Windows 7 is full of features most of you wont be even able to find it until someone tells you. Many guys don’t even know full features of Windows vista or even XP. So whats the use if you don’t use them.

5. YOU ARE HAPPY WITH YOUR WINDOWS VISTA OR XP

Just because Microsoft released a new version of operating system, doesn’t mean that you should upgrade or your old operating system is obsolete (here Windows Vista or XP). Most of you including me must be happy with whatever operating system they are using. It works pretty well with all your stuff of hardware and software applications. You wont even think of upgrading it until you got serious problems with your existing operating system. As Microsoft needs to earn money, hence they need to keep releasing new products so that their revenue keeps coming but you can stick with your existing OS till you buy a new system.

6.Â  NO UPGRADE FROM WINDOWS XP TO WINDOWS 7

This one is a real issue associated with Windows 7. You cannot upgrade to Windows 7 if you are running Windows XP as your OS. You need a clean install that means a hell lot of work for many of you and its the only way to move to Windows 7 if you are on XP. So better stick to your Windows XP if you dont feel comfortable with clean install and backing up your old files and settings.

As it happens with every major Windows release, every major OS ported by Microsoft is followed by patches to cover loopholes left or vulnerabilities discovered. Although its more secure than any other Windows (as claimed by MS), still you need to have a anti virus or internet security application installed on your system to protect you from bad stuff.Â  This reason may sound too absurd to many but at least this fact doesn’t prompt you or motivate to upgrade to Windows 7.

Few or perhaps many of you don’t like some of the features of Windows 7 like the Super bar ( which replaces your taskbar of windows XP or Vista). Also, features like new explorer which organizes your files like a library makes you uncomfortable with finding the files you need.Â  Even this reason for many doesn’t apply but many of you may find one or the other feature of Windows 7 which you don’t like.

If you are just tempted to upgrade to Windows 7 just for the sake of good looks, let me tell youthat using some small nice tools and applicationsÂ  the looks of Windows Vista or even XP can be changed to look like Windows 7. I may write another post on how to do that. But just for looks, you shouldn’t upgrade and stick to your existing OS.

Even though you have heard so many good things and reviews about Windows 7, still its not being tested by real public. The views of the real public is still to be heard as till now just developers, some beta testers and few technology enthusiats have tested and used it. Novice users still need to test this out. So just wait some time. May be few months and then decide.