HomeMicrosoft
By Avinash on June 1, 2012 Microsoft

In this post, we will talk about the upgrade scenario of Windows 8 Preview edition for users in need of a upgrade from previous Windows versions like Windows 8 Developer preview, Consumer Preview, Windows 7, Windows Vista or XP.

As you can see from the table above, if you are using a previous version of Windows 8, then Microsoft provides no support for you to upgrade. You lose almost everything even though Microsoft says you can upgrade. You can get a screen similar to the one below if you are trying to upgrade from Windows 8 Developer Preview or Consumer Preview edition. 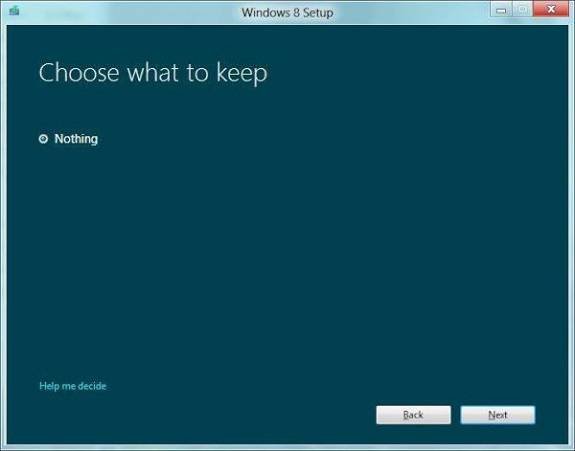 So, are you one of those impatient users like me who want to test every new operating system like Windows 8? Did you tried it yet or you plan to try it soon? Do share your views with us as we would love to hear from you.