As most of us know that Microsoft has released the Windows 8 Developer Preview Â or pre-beta version of its next Operating System.Â Windows 8 Developer Preview or pre-beta version can be downloaded directly from Microsoft servers by anyone who wants to try it. In this blog post we will be talking about some of the features which come with this new operating system compared to previous versions. 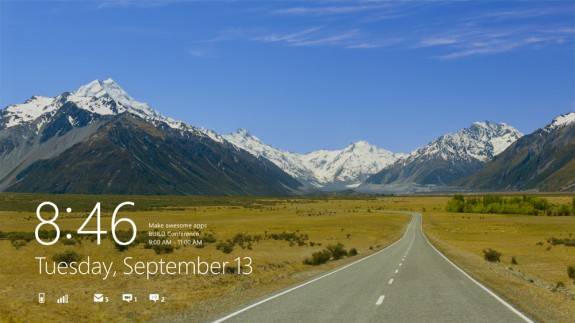 The major difference between Windows 8 and any other previous ones is the Metro Interface which basically somewhatÂ similarÂ to how the interface of popular tablets look like. Instead of Normal desktop Layout, you will find a fluid layout which flows quite smoothly.

If you want your old Windows 7 kind of Desktop layout, you can get that by using the Desktop Metro app which means that the old Explorer interface is just now another Metro app in Windows 8. 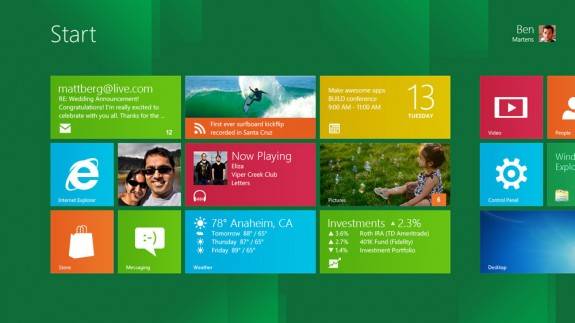 It comes with a new app Model just like Apple has Appstore. Even though its just theÂ beginningÂ with very few apps available developed by Microsoft only, The new App model looks impressive and can bring loads of developers in its fold to develop apps for Wndows 8.

In simple terms, Metro Apps have Full screen mode with noÂ task-barÂ or Menu unlike conventional appsÂ so there are no distractions. They can adapt to a variety of form factorsÂ and screen resolutions, such as thin slates or large monitors, and can work on x86, x64, and ARM platforms.Â Apps work together, making it easy to search, share, and send content between them. When youâ€™reÂ connected to the Internet, apps come alive with activity and show you the latest content so that you canÂ stay up to date at a glance.

It also comes without any kind of restrictions on who can test it. YouÂ don’tÂ need a key to activate it or rearm after you are finished with installing Windows 8 on your System. This small step will help Microsoft in gaining loads of beta testers for its Windows 8 which can help in building a excellent product when its launched finally. Keep in mind, No Activation is applicable only for this build and hopefully when final version of Windows 8 comes out, it will come with some kind of Activation Mechanism.

Windows 8 boosts of faster boot times in the range of 5-10 seconds. Keep in mind, this faster boot times wont be achieved on older systems with spinning hard disk. You will need solid state drives, new hardware to achieve almost switch ON OFF kind of booting. Normal systems which we have will still see some great improvements in booting times compared to previous versions of Â Windows.

No upgrade is supported withÂ Windows 8 Developer Preview build. You need to perform a clean install to use Windows 8 on your system. You can easily install it as a dual boot on your existing Windows machine. For achieving this dual boot, you must have a separate free hard disk partition (totally free) of at least 20-25 GB of space.

It comes with support for USB 3.0 which means ultra fast copy and transfer of data between two compatible devices.

It comes with tools for power users including a better task manager.Â The new Task Manager is your easy-to-use, all-in-one dashboard for monitoring and controlling your PC withÂ colour-coded tiles, real-time summary graphs and detailed information on processes, applications, and history. YouÂ can also see the services associated with each process on one screen. 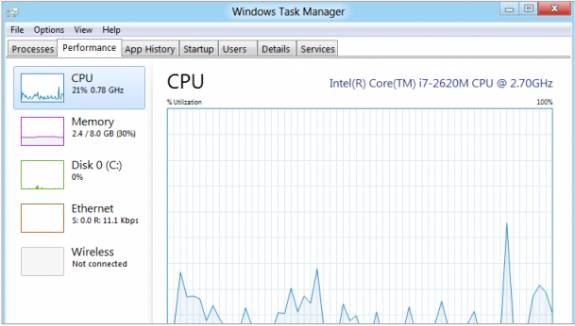 Windows 8 Developer Preview comes with a new Reset and Refresh Feature. Its like system restore feature of Windows 7 redefined.

Reset feature of Windows 8 deletes all data on the system and returns your computer to its out of box state i.e. just like when it was shipped to you or you can call it as Factory reset. All this process takes 15-20 minutes. ( In my HP laptop with Windows 7, Factory reset for me takes 3 hours to complete).

Refresh feature of Windows 8 preserves user data like pictures, Music, DocumentsÂ etc.Â (including Metro Apps) and deletes everything else. This feature is useful when youÂ don’tÂ want a Factory reset kind of restore and want to keep your data intact.

Internet Explorer 10: the web by touch 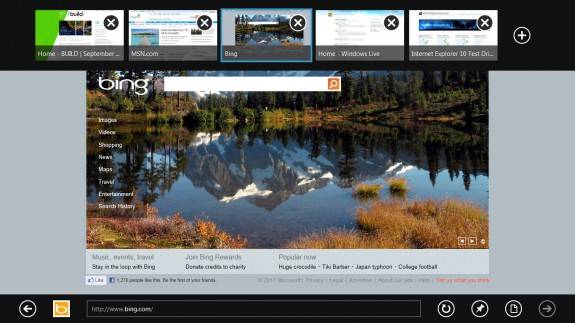 IT comes with multi monitor support letting you span your single desktop background across multiple monitors. You will also find a slider kind of interface in Metro App Â when Windows is started and you need to slide it to get access to different metro apps.

It comes with two metro apps which integrates your twitter and Facebook account directly on your Windows 8 Desktop. Even though these apps are far from perfect, still Microsoft have long time to fix bugs before the final version of Windows 8 comes out.