HomeMicrosoft
By Avinash on August 19, 2009 Microsoft

Well most of you who bought a PC must have got Office 2007 trial Version pre-loaded on your system. As many of you may have faced errors when you tried to uninstall it. The errors vary from person to person.

Many of you would have faced error when you wanted to uninstall it and many of you may have faced some updates available messages even though you have already uninstalled Office 2007 trial.

It seems Microsoft itself this time had tried to fix the problem and that too with a automated tool.

I downloaded the tool and installed it on my system and ran it. 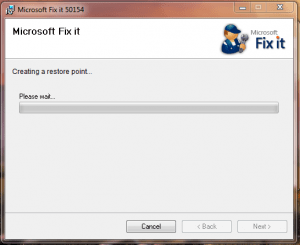 The fixit application started running in a command shell. Actually it looked like with was running some checkup and uninstall script. In first stage, it detected different components installed on your system and in 2nd step, it prepares for cleanup process. After this it brings the uninstall widget for the whole cleanup process. 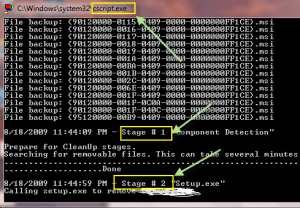 I have just tested it on my system. Leave your comments below about the way it performed on your system. Also talk about whether it solved your problems or not.