We have been talking about Integrating Facebook, Twitter, Gmail etc. right inside Google plus stream or interface in our previous posts. Most of these posts are based on some extension or addon available for browsers like chrome or Firefox. Today we will talk about another extension Start G+ for Chrome which can combine all these features into a single extension. 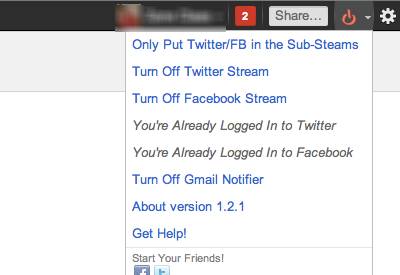 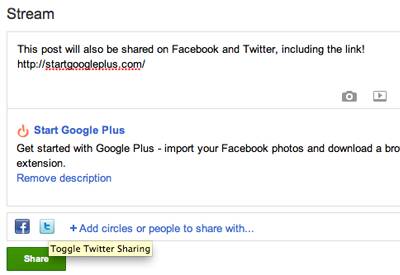 Start G+ is a great chrome extension if you are looking for combining all your Facebook and twitter streams with your Google Plus stream right inside Google plus web interface. It also lets you update your Twitter and Facebook status along with Google plus. You just post a update or share to Google plus and it will be posted and updated on both Facebook, twitter automatically along with Google Plus. Hence same message is posted on all your social network at the same time and you just need to post it on Google plus instead of three times on Facebook, twitter and Google Plus. 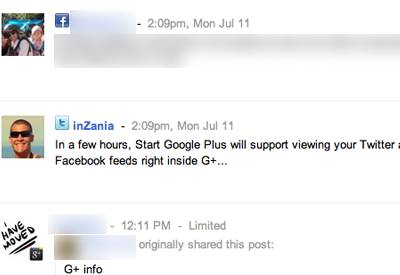 Previous ArticleHow to add Gmail inside Google+ plus bar using chrome a extension
Next Article Google+ for Apple Iphone 3G, iPhone 3GS and iPhone 4 get released on iTunes