HomeInternet
By Avinash on July 5, 2011 Internet

Its just 3-4 days since Google+ is out and that too with Invitation only Access. We wrote a post talking about if Facebook needs to be worried due to this release of Google+. Looks like Facebook is already worried about it and some signs are visible which clearly points to the fact that Google+ is going to be a big worry for Facebook in coming months.

Facebook just blocked the Facebook Friend Exporter tool from the Chrome webstore which lets you Get *your* data contact out of Facebook to Google Contacts or CSV, whether Facebook want you to or not. Many Google+ users were using this Friend exporter tool to migrate their friends to Google+. 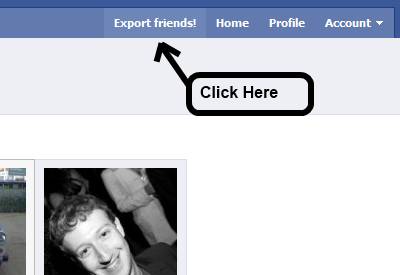 After users reported that its not working as the export came out without any email addresses, the DeveloperÂ Mohamed Mansour updated the Chrome webstore page with this.

Facebook is trying so hard to not allow you to export your friends. They started to remove emails of your friends from your profile by today July 5th 2011. It will no longer work for many people.Â  New version with a different design is currently deploying. You might have to do exports daily. It uses a different approach, and I will maintain this version. Just bear with me.

Looks like Facebook wants to lock all your data to itself and wont let you export it to somewhere else unlike Google which lets you download all your Google+ data using Google takeout. We all know, how much Facebook has disregard for users Privacy.

Even though the tool is blocked, you can use a alternative method to bypass this limitation. You can just login to a yahoo mail account and import your Facebook friends email addresses using Facebook connect and Yahoo contact Import/Export feature. Then you can easily import that csv file from yahoo to import your friends to Google.

Update:- new basic version is now up on Chrome Store 2.2.1, it will be a longer process, but should work hopefully. If you have problems, please submit your suggestions and bug reports to GitHub or the google groups (support channel) mentioned in the webstore. http://groups.google.com/group/mohamedmansour-extensions

Via: Mohamed Mansour and Cnet