One of the major drawbacks of Ipad at least for me is the amount of Disk space you have (Max 64 GB) and non-availability of a USB port so that you can connect a external usb device to use it with iPad. This small inconvenience for many is the major reason due to which I am still to buy a iPad. Even though Apple does provide a connecor Kit for additional ~30$, but that too has got tons of limitations e.g you can use it only to import photos and videos from camera and also, has a disk-size limit of 32GB, which makes it impossible to connect standard USB hard drives. 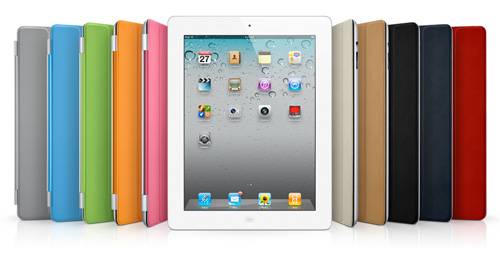 Thanks to Seagate, GoFlex Satelliteâ„¢ Mobile Wireless Storage, looks like we can bypass his big drawback of iPad. It is said to be the first wireless hard disk drive which can help you connect it to iPad using its WiFi connection feature. 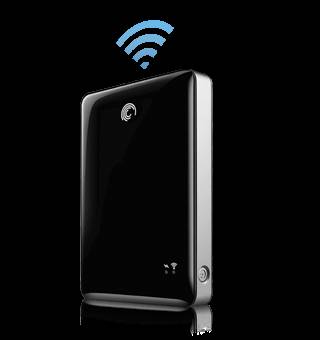 Connecting to the GoFlex Satelliteâ„¢ Signal from an iOS Device 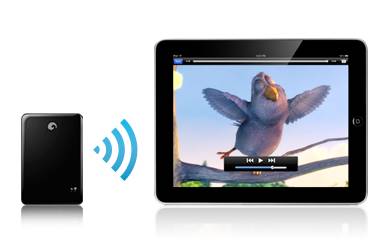 1. Turn on the GoFlex Satellite device by pressing the power button. Wait for the Wi-Fi LED to blink blue, indicating it is ready to be accessed wirelessly. 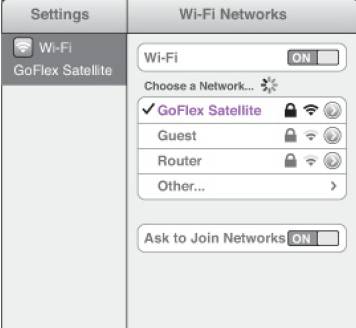 3. Wait for the wireless network list to update and then select GoFlex Satellite from the list of networks.

4. Press the Home button on your iOS device.

5. Tap the GoFlex Media app to open the application.