It seems something has hit either Kaspersky or Adsense. Just few minutes back , i was browsing my own site and found the adsense ads blocks are being blocked by Kaspersky Internet Security 2010. 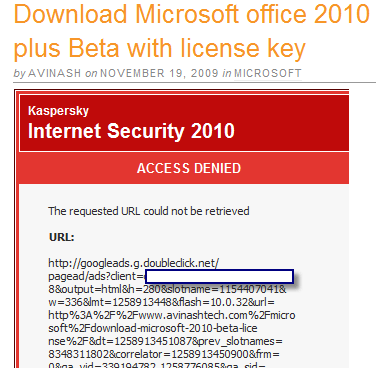 I got worried that why they are blocked and hence thought may be my own site is hit by some hack. I checked and everything looked fine. 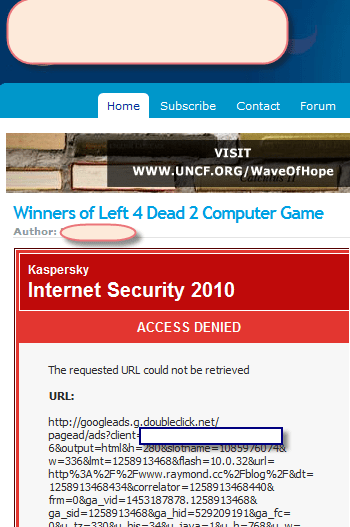 I just then open some other sites and found that adsense Ad blocks are blocked at those sites too. KIS says the URL as blocked as it suspects as phishing URLs. I tried some well known sites like technorati.com, redmondpie.com and many more and found everywhere the same thing. 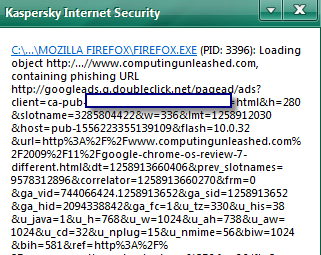 Hope Kaspersky and Google Adsense can sort this issues soon as Adsense supports too many blogs that are online (inclucing avinashtech.com). Update here in comments if you are having same issues too if you got any other anti-virus Solution.