HomeMicrosoft
By Avinash on October 10, 2011 Microsoft 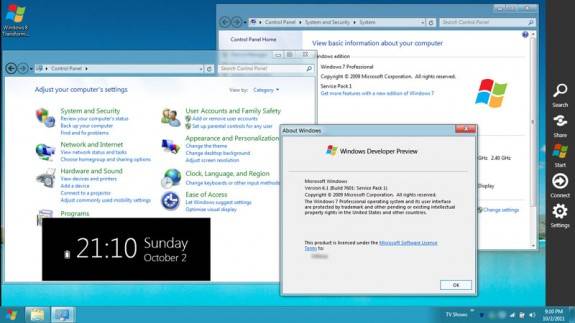 Installation is simple enough: extract the setup file from the zip archive, then double-click it to get started. You must have the pre-requisites already installed on your systemÂ  before you start installing it (.NET Framework 4.0, plus .NET Framework 2.0-3.5 if youâ€™re running Server or the 64-bit version of XP). For Vista and Windows 7 users, the changes in terms of look and feel after the installation will be largely superficial and most of you may not notice anything new, but you will get access to the Metro-like user interface and various gadgets. XP users will find the transformation into windows 8 quite good withcompletely revamped interface like Windows 8.