HomeApple
By Avinash on November 3, 2009 Apple

IPhones from Apple are associated with so much hype everytime something new comes about it either from Apple itself or someone else. JAILBREAKING the IPhone is one of those associated activity hyped publically over the web and other media.

Everytime a new IPhone or its Firmware upgrade comes, JAILBREAKING of that comes along with it.Most of guys who try Jailbreaking their IPhone, do it to get rid of the limitations imposed by Apple on Iphone and to let them install or use whatever they want on their IPhone. 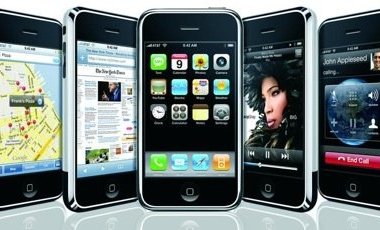 There is some bad news for guys Jailbreaking their IPhones. If you havent secured your Iphone after Jailbreaking , by changing the default ssh password, then your IPhone can be easily hacked and you may need to pay Ransom to get your Iphone back to normal.

As Reported on Arstechnica, It happened with several Dutch guys after a hacker attacked a number of vulnerable phones on T-mobile Netherlands and tried to extort â‚¬5 from them. (See the image below. Image credits : Arstechnica) 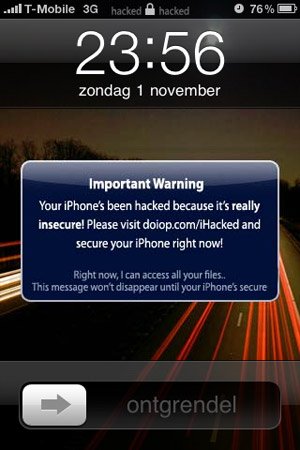 HOW TO GET BACK YOUR HACKED IPHONE

It seems the hacker has posted instuctions on how to remove his files and change ssh password. (Thanks to Gizmodo). The following links provides detailed instructions in a text file on how to get your hacked Iphone back to normal.

So next time, if some of you guys Jailbreak your Iphone, don’t forget to secure it.

Previous ArticleGet a-squared Anti-Malware for FREE! (24 hours only) on 11/11 worth $40
Next Article Convert audio CDs to MP3 even if they are badly scratched discs