HomeApple
By Avinash on September 17, 2012 Apple

There is lot of hue and cry going on about the hardware specs of iPhone 5 of not being up to the expectations. All the hue and cry was based on the plain hardware specifications instead of being based on any Benchmark tests. Samsung was even quick to put out a print Ad mocking the iPhone 5 by comparing some plain specifications of iPhone 5 with its flagship product Samsung Galaxy S III. Checkout the Samsung print Ad below. 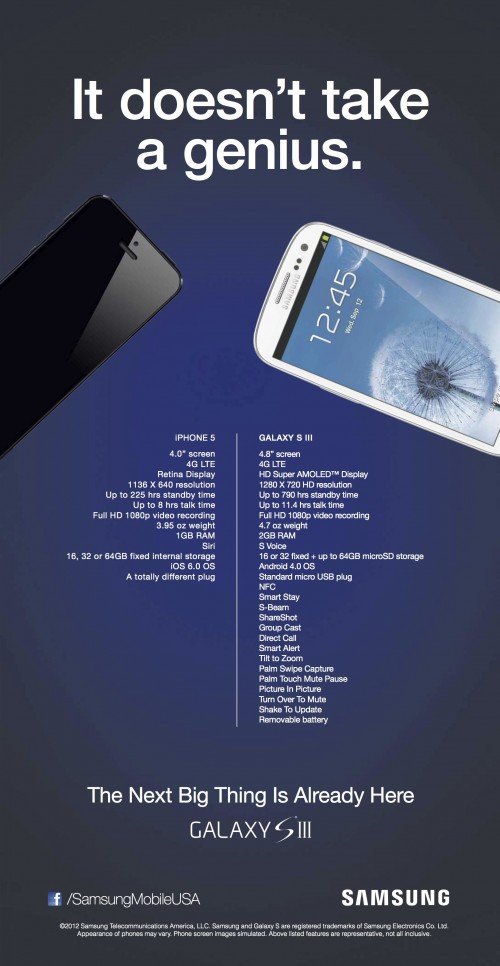 But looks like the Benchmarks of iPhone 5 is going to disappoint many Samsung Galaxy S III fans. Benchmark results of iPhone 5 released by Primatelabs Geekbench2 tells a different story.Â The geekbench2Â resultsÂ show an iPhone5,2 device running iOS 6 with a Dual-Core 1.02GHz ARMv7 processor and 1GB of RAM with a benchmark score of 1601. 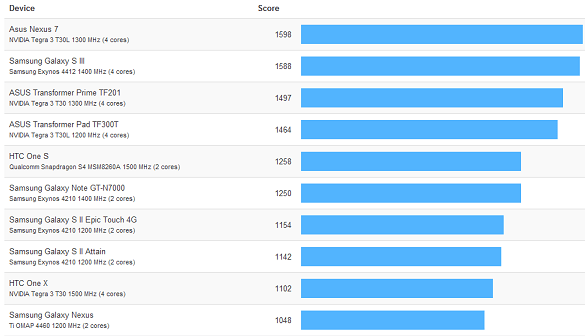