With rapid release in place, Firefox keeps adding one feature or the other in their upcoming release. Firefox just released Firefox 8 beta version with addition of few new features plus as usual loads of bug fixes and improvements. Some of the major additions with Firefox 8 is being Twitter being added as a search engine, better control of addons and ability to restore tabs on demand. 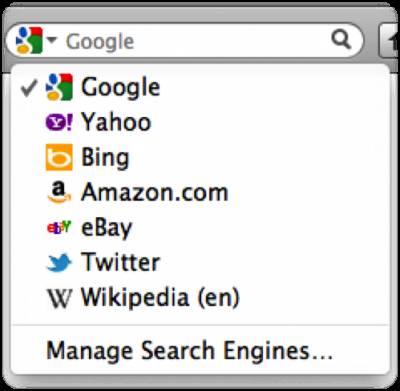 It adds Twitter as a default search option to make searching #hashtags and @usernames easier. (Currently available in English, Portuguese and Slovenian). Adding of twitter as a search engine in Firefox 8 can be a great addition for many as we all know that twitter does provide us the most latest and real time information in the form of tweets from users across the globe. With most major news breaks happening on twitter these days, this tool will be a good addition for many users.

Apart from addition of twitter as default search engine, It also adds the following features like ability to restore tabs on demand, better control of Add-on, tab animations etc.