We all expect some great stuff from Apple and always take that for granted. We often expect some great news from Apple, our expectations are always too high for everything that Apple does. When Apple announced iPhone 4S instead of the much expected and rumored iPhone 5, most Apple Fanboys were dissappointed. iPhone 4S turned out to be just a specification bump instead of a redesigned iPhone. Most people didnt expected it to shatter any previous records of Apple itself. 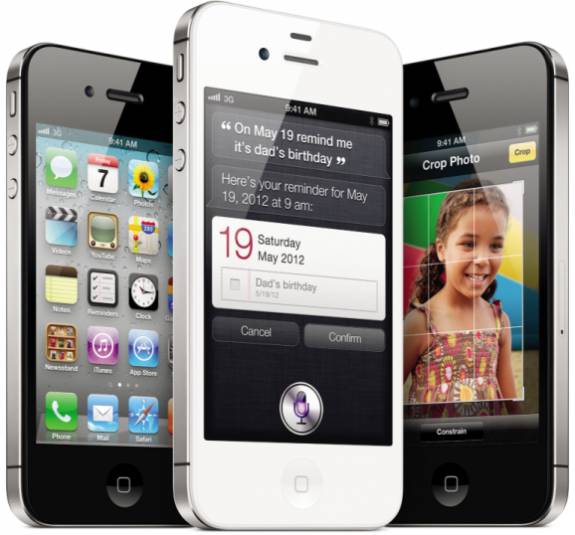 Looks like even the so called dissappointing iPhone 4S is producing some great numbers in terms of the sales in First weekend i.e in justÂ  three days. Apple released a press release which confirm to this number.

AppleÂ® today announced it has sold over four million of its new iPhoneÂ® 4S, just three days after its launch on October 14. In addition, more than 25 million customers are already using iOS 5, the worldâ€™s most advanced mobile operating system, in the first five days of its release, and more than 20 million customers have signed up for iCloudÂ®, a breakthrough set of free cloud services that automatically and wirelessly store your content in iCloud and push it to all your devices. iPhone 4S is available today in the US, Australia, Canada, France, Germany, Japan and the UK, and will be available in 22 more countries on October 28 and more than 70 countries by the end of the year.

Apple iPhone 4S is being called as best ever iPhone ever together with iOS 5, iCloud and a major specification bump in terms of hardware too with 8MP camera and A5 processor which is same as the processor in iPad 2.

iPhone 4S is off to a great start with more than four million sold in its first weekendâ€”the most ever for a phone and more than double the iPhone 4 launch during its first three days.

iPhone 4S is still to get launched in more countries soon. It will be launched on October 28 in 22 more countries which includeÂ  Austria, Belgium, Czech Republic, Denmark, Estonia, Finland, Hungary, Ireland, Italy, Latvia, Liechtenstein, Lithuania, Luxembourg, Mexico, Netherlands, Norway, Singapore, Slovakia, Slovenia, Spain, Sweden, Switzerland and will be available to 70 more countries till the end of the year.

How many of you would like to add numbers to this figure? I mean how many of you plan to buy a iPhone 4S or atleast upgrade to it if you already own a iPhone?

Previous ArticleFix Windows problems, registry errors, file permissions and more with Windows Repair (All In One)
Next Article Ultrasn0w iOS 5 Unlock updated to compatible with iOS5